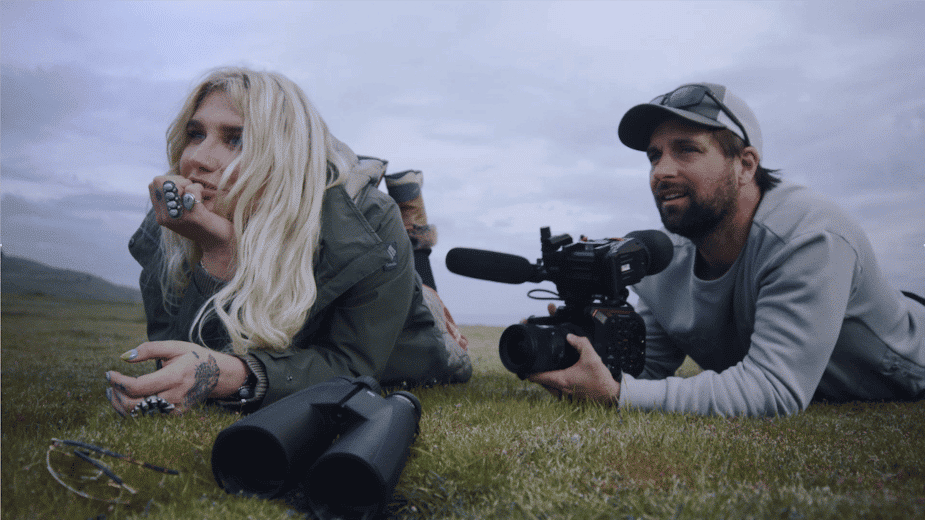 Conjuring Kesha season one premiers on the Travel Channel for Ghostober this month with help from global content production company, Hometeam. The series revisits the supernatural road trip from last year featuring her closest industry friends including Whitney Cummings, Betty Who, GaTa, Jojo Fletcher, Karen Elson, and Big Freedia, who were personally invited to investigate life's greatest mysteries at different paranormal hotspots around the country.

“This show has actually informed my entire life,” shares Singer Kesha. “I’ve been changed by the show and it has opened my mind to a lot of things which have informed my music that I am now working on. I don’t have a release date, but I am working on new music that’s really special.”

The series, developed by Hometeam’s founding partner and Kesha’s brother, Lagan Sebert, began as a podcast titled Kesha And The Creepies, featuring entertainers fascinated with the supernatural world like Demi Lovato, Insane Clown Posse, Phoebe Bridgers, Trippie Redd, Dana Carvey and St Vincent as well as experts in the paranormal and alternative spirituality such as Nick Pope, Tyler Henry, The Hoodwitch, Amy Bruni, Gabby Bernstein and the Wizard Oz. The podcast was produced entirely from home during the pandemic by Sebert and inspired 'Conjuring Kesha.'

"We have learned so much from shooting remotely and globally for shows over the past two years including HBO’s Legendary, Apple’s My Kind of Country, and multiple projects for NBC including American Song Contest, Global Citizen, and The Voice, but this show is especially exciting because it's something we developed from the ground up with so many amazing partners," expresses Lagan.

Conjuring Kesha has received rave reviews from The Guardian, The Daily Beast, Mic.com, Salon, and E!. The Daily Beast went as far as to call Conjuring Kesha 'The Most Fun TV You’ll See All Year,' with entertainment critic Coleman Spilde writing 'Whoever greenlit this deserves a Nobel Peace Prize.'